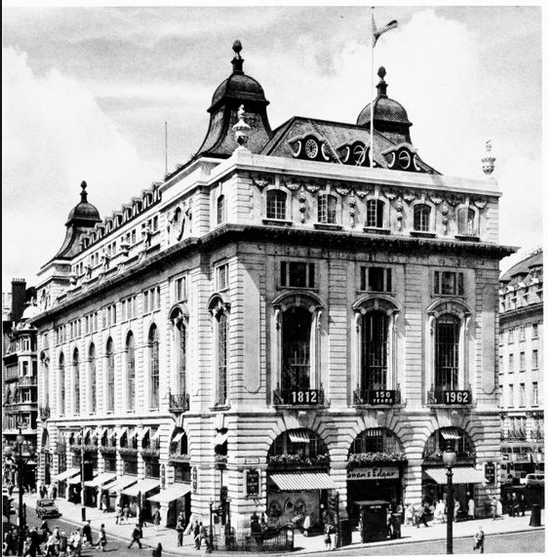 when I first lived in London the bottom of Regent Street and Piccadilly Circus still looked more or less like this. Ah the good old days, real department stores, Swann and Edgar, seen here, Debenham and Freebody on Wigmore Street, with it spectacular marble staircase, the labyrinthine men's department at Liberty, cruising ground annex to the Marshall Street Baths (or vice versa), or Whiteleys on Queensway with its glorious cast iron galleries and strange bed department with a sinister, low ceiling. 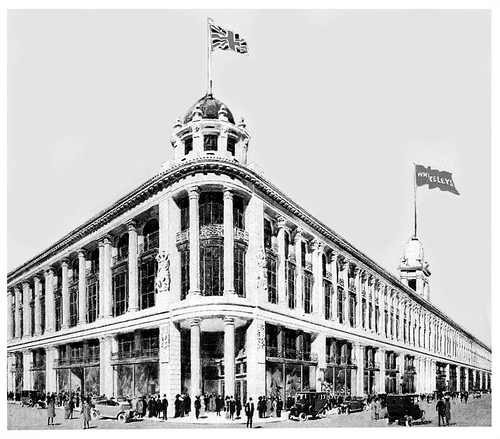 All of this was still in black and white and reality had yet to be coloured by digital numbers, like a cheap oil painting .. Oddly many of these stores were not far from municipal, private or public Turkish baths, The Savoy in Jermyn Street or Porchester hall up Queensway, or strangely near to famous cottages (Piccadilly Circus station). So there was a gayish novel to be written, even before Hollinghurst had published his glorious Swimming Pool Library (yes, yes, the cheap smell of rented speedos!).

My novel, as a Proust reader and a gallery rat was to be entitled:


Du côté de chez Swann and Edgar,
and the first chapter was to have been
'The Catamites of Cork Street'. 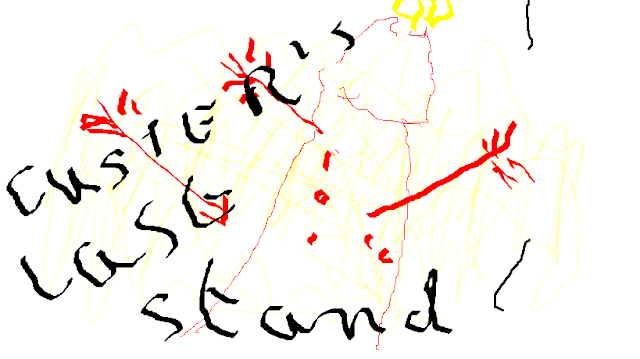 Just behind Carnaby Street in Ganton Street was the hatter Malyard from whom I bought a lavender/grey-pink floppy number to be worn with a copy of AD magazine, maybe folded round NME. It appears that J Lennon (a person I ever disliked) had one in a rather brash purple and it is for this reason that I can still retrieve an image of this lost object, maybe 1970 this time? To quote Hollis Frampton, 'do you see what I see?'