This piece mixes intentionally low production amateur images - my own, some of which are already up here, with a text written for Mutations book of Paris Photo - It was terribly misprinted there, so here is the original with the images in place as paragraphs.
If only - a little dream of the photographic as beyond itself....
What if, in the end, after so many (arid) discussions around the digital and the virtual, with all their little tautologies, teleologies and often disproportionally ambitious philosophical implications for the image concerning indexicality or time, photography really was redundant? And what if the lens and the screen had finally merged and annihilated one another's specificity in the gaze; and all those millions of users of the little screen, holding them up, cameras and phones,  - but without a cloth hood to protect them from the ambient light - were otherwise no distance at all from the first photographers; so that now photography does not even have a history? And what if this redundancy were photography's only persisting resource, the single strength that it has to be a kind of gesture, or diverse set of gestural practices, with its own name, a denoted something? Still. Still photography. 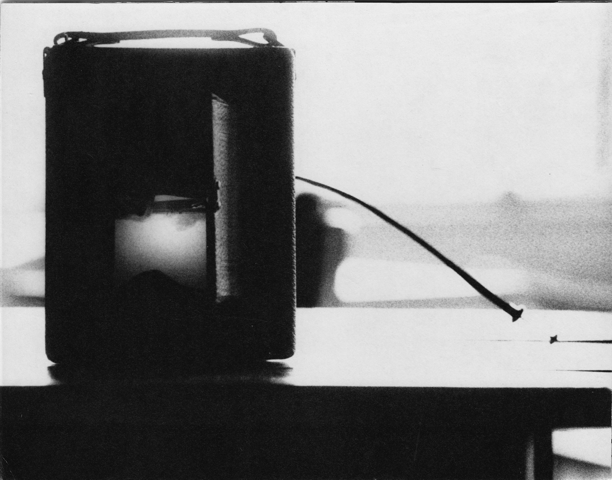 Then I guess that this would be what photography has achieved, in its hypertrophic and destined consumerism, to become the measure of a certain freedom from any kind of history or history's burdens, a hiding place from which we might, should we so choose, take view on the world; just as Arago or Sadi Carnot or von Humboldt might once have wished right at the beginning, or the National Geographic Magazine or the school of the Bechers might have shown us; but from a viewpoint of such radical and redeeming disintegration that, at last, the seeing of this very point will be left to chance, to luck. It's lucky that it turned out like this.
To live in this being-set-aside (écartement) demands a certain passive courage or desire to lose; a letting go, as if redundancy takes with it the apparatus of a previous glory the superfetation of accompaniments, histories, theories. I think that I would want all of this and more:
to forget La chambre claire and Roland Barthes' melancholy over his mother's death, and to retain only some of his grammar, freed from the burden of the lost or hidden cliché; 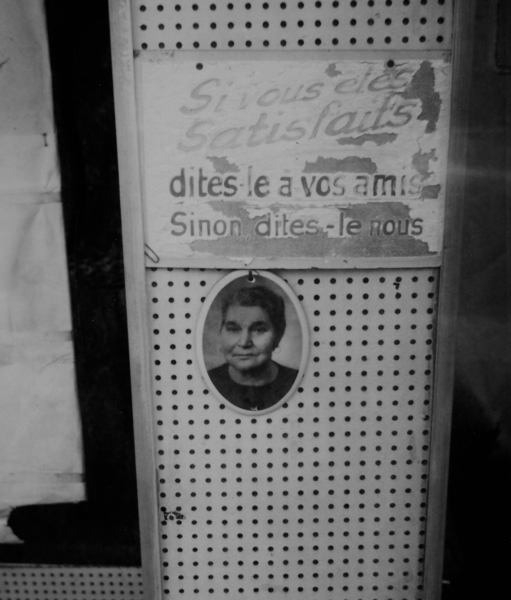 only vaguely to recall that it once seemed urgent to decide how many degrees Walter Benjamin had or had not turned in the time between his Little History  and the essay on technical reproducibility; or to leaf through Aby Warburg's Mnemosyne Atlas as if it were a comic strip without a plot and so be lost in thought;
to fail to make any significant distinction between the elevated religiosity of an Andreas Serrano, that proceeds from an emulsification of Catholic belief with  transgression according to Georges Bataille, and a self-pic located as a sexual lure in some gay fetish site on the Internet;
to accept that those dreadful images of the camps arrive at signifiance not in the anxieties of theoretical hermeneutics, but at the point they migrate into the filmic practice of an Alain Resnais or the painting of a Bracha Ettinger.
to walk past the immense photographs that furnish the contemporary art museum throughout the world today wishing only that they could be smaller; and to accept that, if there were ever an optical unconscious, it could not be more than a camouflage for the infinity of singularities that is the human unconscious, and that, as a notion, it confounds one kind of gesture with this multiplicity of traces that are left and made before they have a form.
This, I believe, and it is a matter of belief, is not too far from something that Pierre Mac Orlan once had to say in his introduction to a little plaquette on Germaine Krull, published by the NRF in 1931:
'La médiation, même spontanée, devant certaines épreuves photographiques permet de créer d'autres images, des images 'cérébrales' comme disent désormais les petits maquereaux de la rue de Lappe.'
And this too, and if I give Mac Orlan so much space in my own words, it is because I have to choose some mid point in the histories that I want to lose to show that my idea, too, already has a life:
Un mélange de candeur héréditaire et de saloperie acquise patiemment au contact des hommes donne à ce témoin gênant, qu'est l'objectif photographique, un tel choix d'expériences et de conclusions, qu'un album de photographies de famille devient quelque chose de plus émouvant que la nature elle-même, car il devient le complice de l'homme.[i] 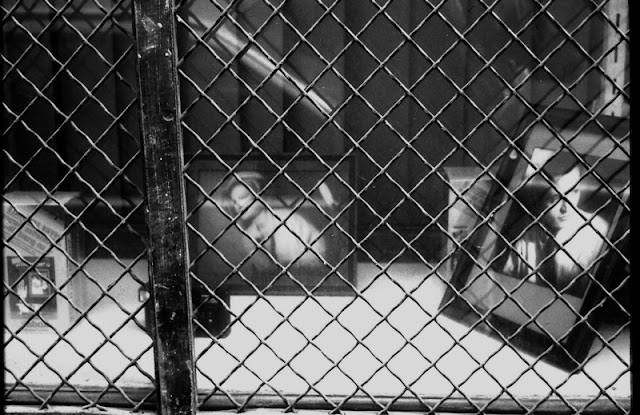 Of course all of this is yesterday's discourse, a redundant discourse of 'man'; but the subtle prosopopoeia of the lens, its 'patiently acquired' filth or muckiness takes it aside from an ordinary notation, and drifts into a prediction of the digital age; the time of photography's prosthetic redundancy that is but one, non-tragic outcome of the ending of its chemical history. It's a curious redundancy, because now to take a photograph is neither more nor less necessary that taking a piss.
At the same time, and perhaps for the first time in its history, the photographic arrives at an immense irony which I suggested at the outset: that the confluence of its obsolescence as a single technology with its redundancy as an authorial practice frees it perhaps to engage (perhaps only) in a distribution of the sensible itself in some sense free of the authorial function: or rather as Tacita Dean once said in an interview in October:
So obsolescence is about time in the way film is about time: historical time, allegorical time, analog time. I cannot be seduced by the seamlessness of digital time, like digital silence, it has a deadness. I like the time you hear passing (...). So obsolescence has an aura: the aura of redundancy and failure...[ii]
And the immensity of the irony is this, that it is this digital obsolescence itself that frees photography from digital time, to become a record of oppression or of resistance to it, from the outside the Bank of England to Tahrir Square. This freedom is a freedom from the eminently seamless time of redemption, a time for the redundant of world capitalism that is the truly human. 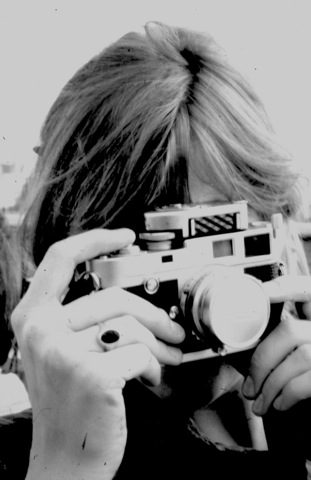 Posted by ADRIAN Rifkin at Thursday, November 17, 2011 No comments:

This is a conference session that I organised in 1980 for the annual conference of the Association of Art Historians at the University of East Anglia, home of the famous Sainsbury Centre. The highlight was Carol Duncan and Alan Wallach's paper that later became the ground breaking Universal Survey Museum in Art History Journal. Mine became Can Gramsci save Art History, on then page of gai-savoir. 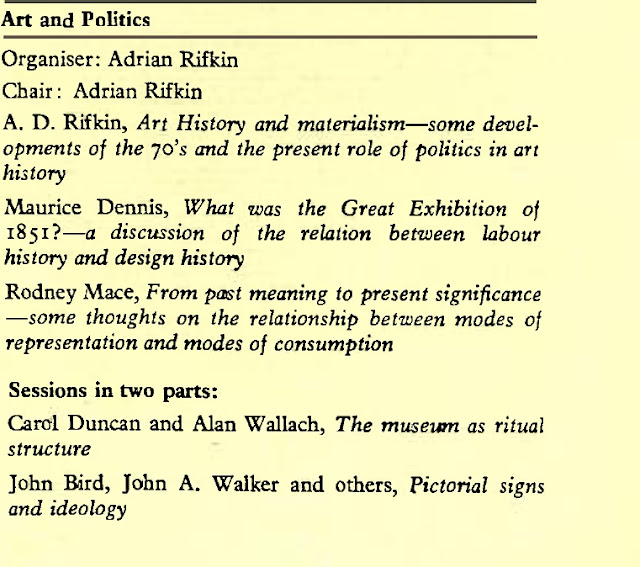 However here I have put up a leaflet produced for the Art and Society group of History Workshop as a nice flavour of the academic politics of the time - guess the anonymous author from the syntax, if you like: 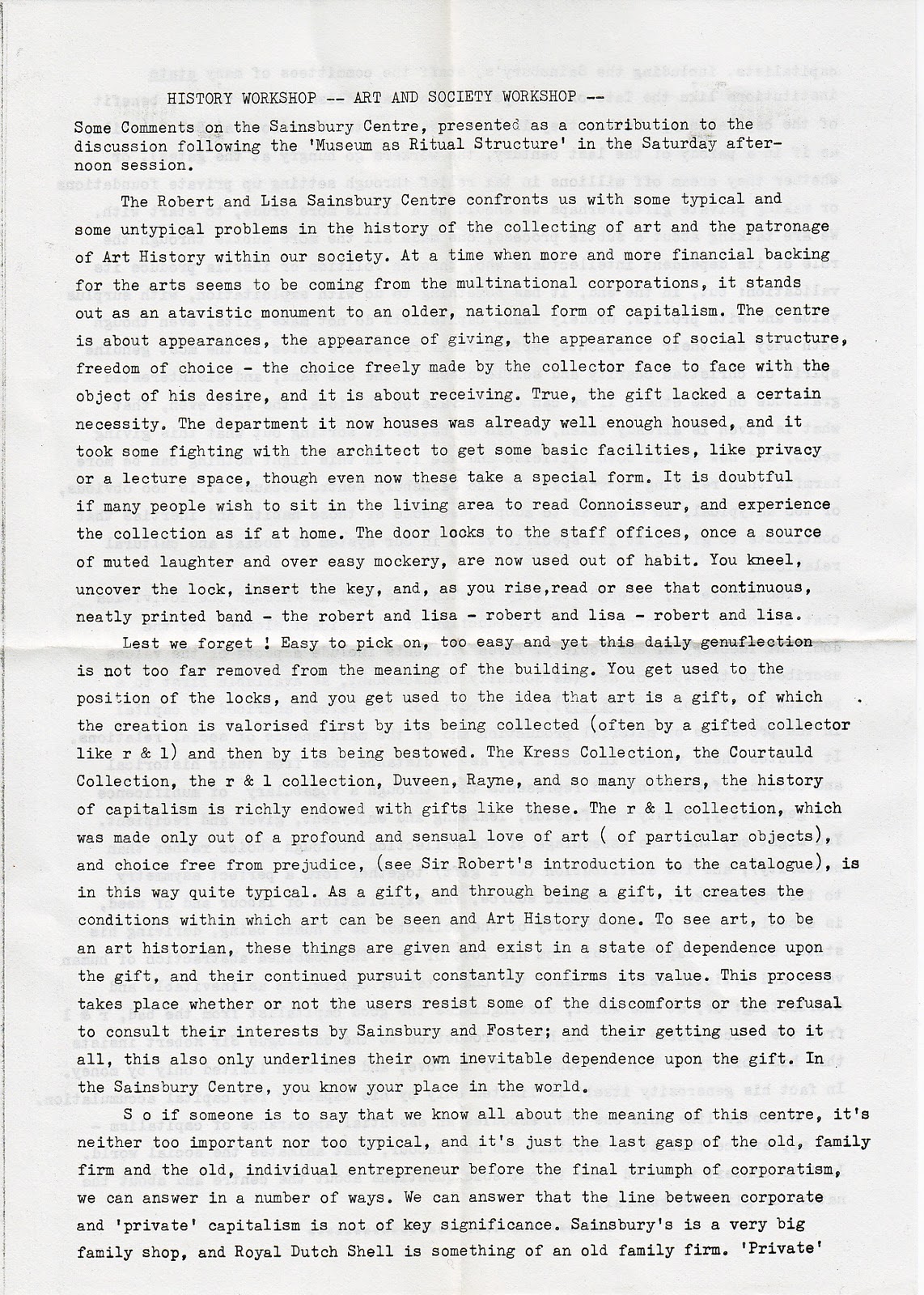 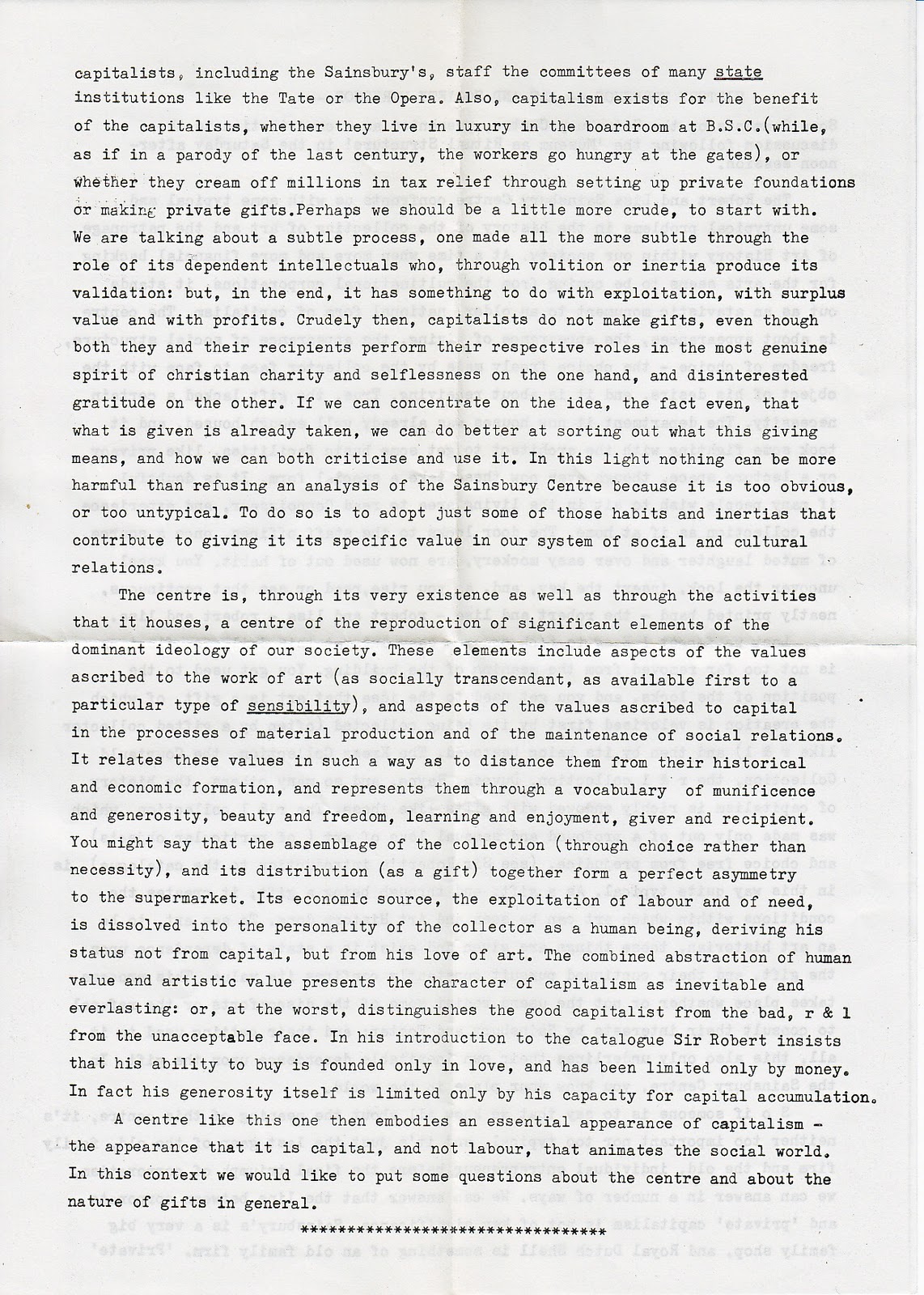 Posted by ADRIAN Rifkin at Saturday, November 12, 2011 No comments: