I am, together with my other, a greedy watcher of many things in episodes, we even did Heimat, all of it, in a continuous series, over a few weeks, of three episodes at a time, not to mention Deadwood and Nashville and a German version of Buddenbrooks, Intelligence, not The Wire (hate that dumb Etonian English actor), so it was instructive to read this reflection on the episodic from a Barbara Pym novel, Excellent Women: 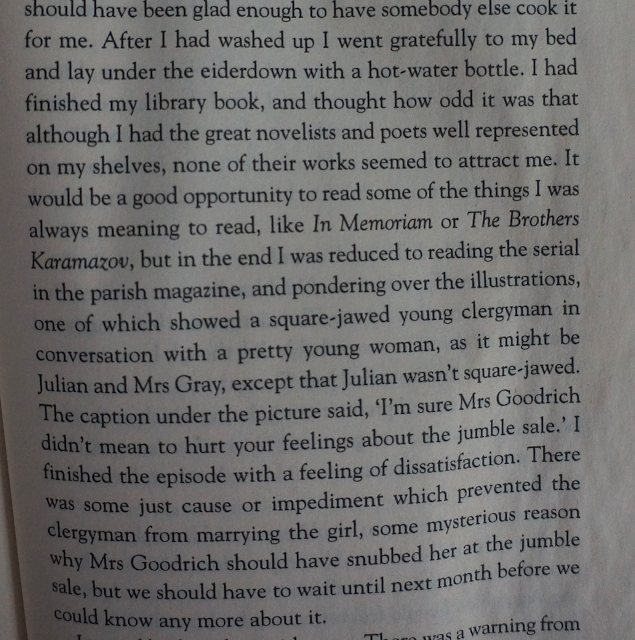 with thanks to Virago Modern Classics

In the usual sense a lot and nothing changes, but this is at least stamped with the tremendous and bold use of a trope of the absurd, culturally driven in the frame of it becoming possible to equate Tennyson and Dostoyevsky. This balance of the absurd and the ontologically dreadful, so different from contemporary cultural theory, is closest to true screwball in its elegant sense of the onto-lite, as I call it: so one more extract from the same novel before launching into other summertime colours: 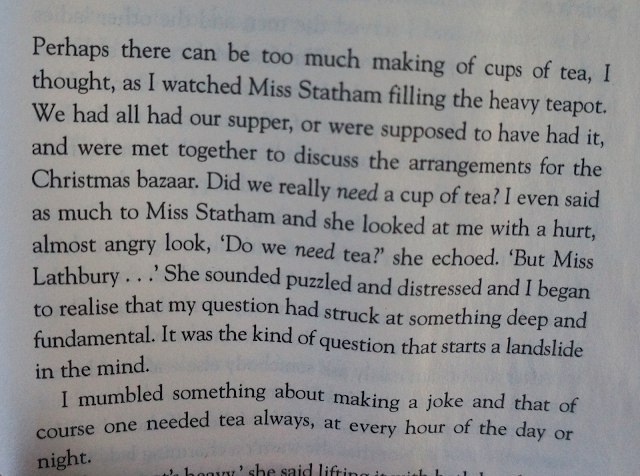 Back from Bayreuth and Munich, 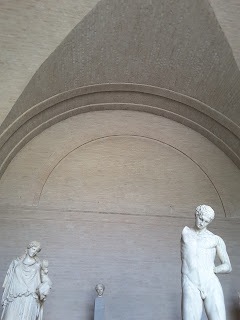 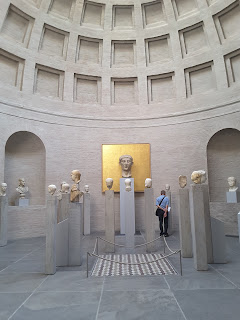 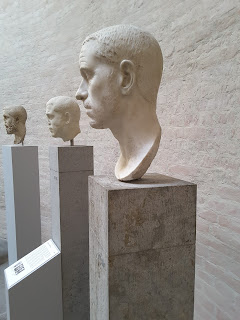 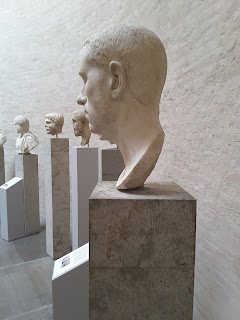 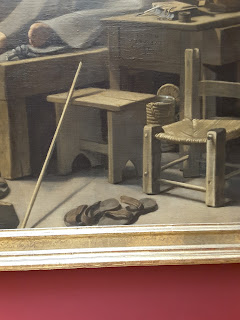 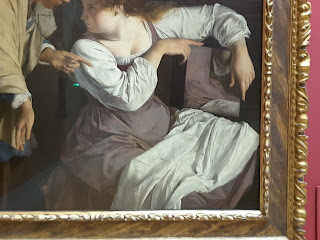 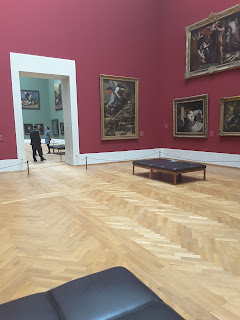 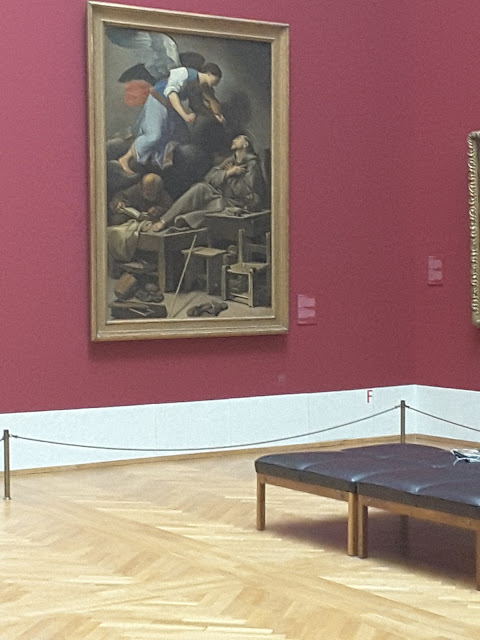 this Francis of Carlos Saraceni seems to be the same model as his San Rocco in Rome, much queerer or more faggy than ever was poor Caravaggio, but now back to Wagner....

yes, one does.  This year Tristan and Parsifal were very good indeed musically but intensely irritating at the level of pointless brutalist details in Tristan (Katharina Wagner) and humanist ones in Parsifal (Laufenberg, to reproach them both by name)

Left with an intense annoyance, as ever, at the straight episteme that is only equalled in its short-sighted fear of the sexual as the queer episteme is ridden by its urgency to show everything. (Try watching Truffaut's La Sirène du Mississippi', which we did last night, what an trial of retrograde and trivial sexual neurosis, in every way) On the whole the bêtises of Wagner's stories can be left to the musical resolutions, just as Truffaut's can't be left to the indifferent editing,  provided the production can have at least one good idea, or just several ravishing forms of lighting, or simply, as in the Castorf Ring, a radically new and leftist-critical engagement with the idea of the gesamptkunstwerk as such, though hardly simply as it really added levels of attention to the music we had never before paid (last year, not this). But if flower maidens from the repressed straight fantasy of the oriental brothel get crossed hatched with surveillance dread, much is lost in attention to the sound, and closing the eyes leads to slumber - albeit agreeable.

However the acoustic is still triumphant there, in that opera house, and though Brangaene was lying on her back at the bottom of the set for the warning from the watchtower, the voice floated over other musical textures with a confounding ambiguity. Voilà, that's what one goes for. But also I like thinking profane unmusical things, such as that the Isolde is really a good German gel whose mother expected nothing less of her than to triumph at Bayreuth, while the Tristan is really a nice New York Jewish boy whose mother is terribly proud of him and who, once dubious at his becoming a singer, has now stopped referring to him as 'my son the doctor'.

I wonder too if they notice, as in her case, that I was there for her Song of the Earth at the Barbican, perhaps the best I ever heard live, and in his that I also heard him at Covent garden, just as I always imagine that Ben Whishaw, with whom I am helplessly in love, is only acting because of me and for me, while Nicole Kidman is floated on my immense admiration for her capacity to trap the gaze and to lay it down where and when she wishes.

I did once meet a great singer - Jon Vickers - after a performance of Aida at the Manchester Opera House - in the '60s, but there was not much to be said or gained, whereas a very old family friend, rocketed into these atmospheres seems intimate with all of my cherished myths as mere eaters of breakfast and dinner and so forth. Being a fan is being a fan, and a fan is a fan is a fan, and can only be sustained as a form of being in the absolute absence of any intimacy with the object(s). I think that, were I to find myself in fast-track security with Ben I would sprout dangerous devices just to get out as quickly as possible.
Posted by ADRIAN Rifkin at Sunday, August 27, 2017 No comments: