Gather we blossoms...(or the less good taste the better)

When Gayatry Spivak wrote of catachresis - roughly, a little vulgarly(on my part) - as a critical process of the deconstruction of colonial sense, it was a small, but endlessly important shift in the distribution of rhetorical possibilities  - in a way it enabled us to become Iagos to the virtues of common sense. Of course (of course) to say this is to turn again this relation between the victim (Othello, if he was) and the perpetra(i)tor, and, indeed, to engage on a pathway where we can gather all catachresis blossoms, hyperbolically, so as to speak.

This is a way of saying that - (nothing new here, Maud Mannoni magnificently, in an autobiographical essay, writes of how she just gets on with Lacan and Winnicott and whoever, because what happens in the session is whatever happens) - when we are doing things thinkers who hardly regard one another, or who do so, even, with hostility, Gayatry Spivak, Jacques Rancière, Julia Kristeva, are so many blossoms for our gathering, just their petals, even, as we idly or attentively pull them off (he loves me, she loves me not). Our feeling free in this way is in itself, perhaps, one way in which redistributions of the sensible (visible, audible, an interesting chain of synechdoche) slowly or suddenly get staged, between fringe theatre and more grand events - (one reason why, despite all reason of my own, I Do, I do enjoy Tiqqun and Luther Blisset/Wu Ming) This is one way of introducing a little paragraph from Jacques R's new book Aistehesis, which is a series of essays on moments in art of the aesthetic regime.


The unconscious of which the new plastique (forming process?) bears witness is not that of a raw drive of a humanity pushed to want without goal. Nor is it the great vitalist élan that the choreographies of Rudolph Laban or Mary Wigman sought to express. It is a multiplicity of gestures that are not as yet perceived, seeking for their own meaning, because they are not governed by the straight line that leads from a departure point to the point of arrival.'
One of the glories of this book is the multiplicity of its own little gestures that reveal, momentarily, in different ways, consistently but without repetition (without even its concept) what a pensée Rancière might be. Here, in Rodin, a new idea of the worker poets, in the essay on Hegel and Murillo a new but sufficient fragment of the whole performance of the Partage du sensible.


Wonderful demonstration of what it is to think rather than to theorise.

Climate change affects us all - act now!!! (or I prefer Yorkshire Gold) 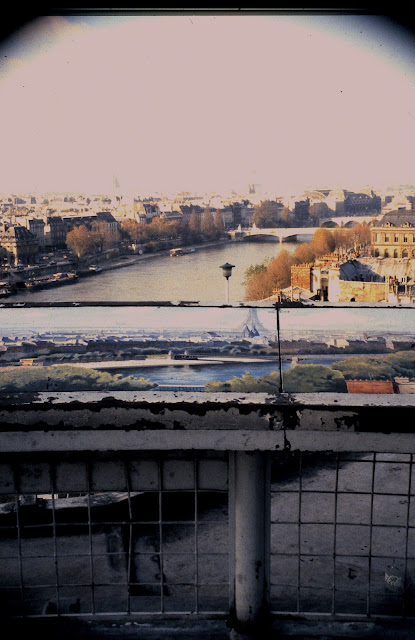