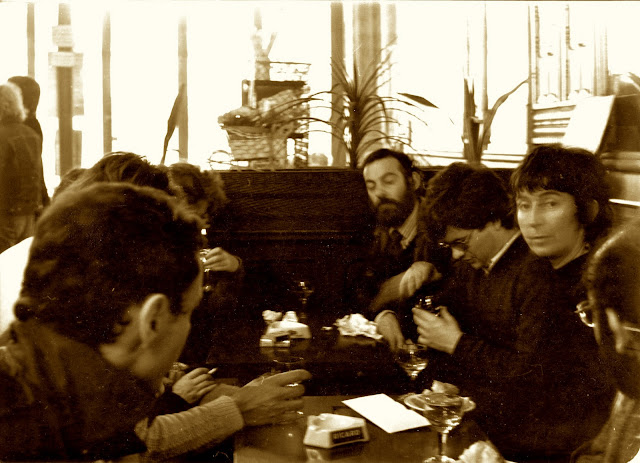 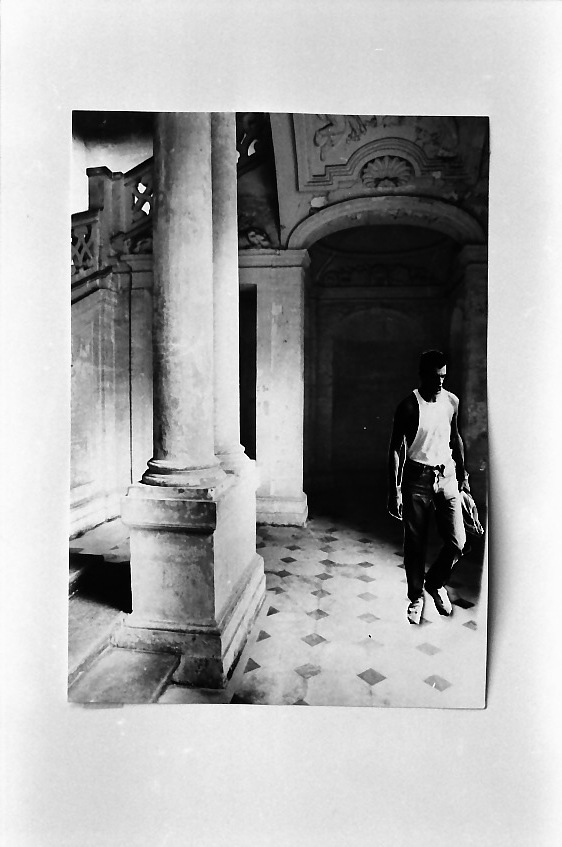 Posted by ADRIAN Rifkin at Thursday, October 20, 2011 No comments: 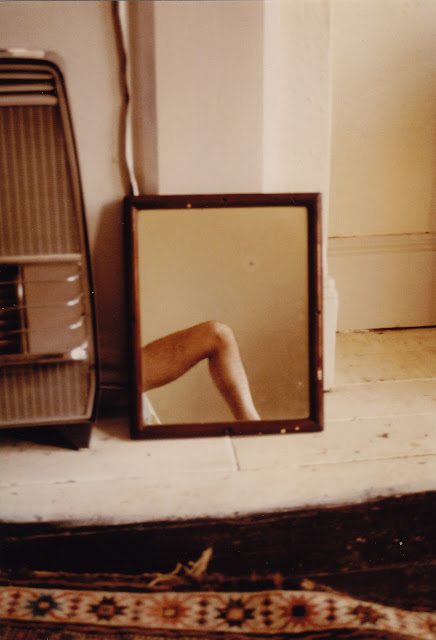 Posted by ADRIAN Rifkin at Wednesday, October 19, 2011 No comments:

In the blogs before this I commented on the prudishness of public discourse and the regression of the right to speak, and even though some cartooning, like that of Steve Bell or others makes their target revolting, it rarely calls on a history of revolution to suggest a political solution - like this reaction to the Franco Prussian war of 1870. Captioned with the now rather horrible line of the Marseillaise 'Let an imoure blood slake our fields' - in the post colonial, post Vichy period it is a scandal that it's still there - here it calls for an internationalist solution, the decapitation of ALL the rulers involved:: Bismarck, Wilhelm and Napoléon lll. 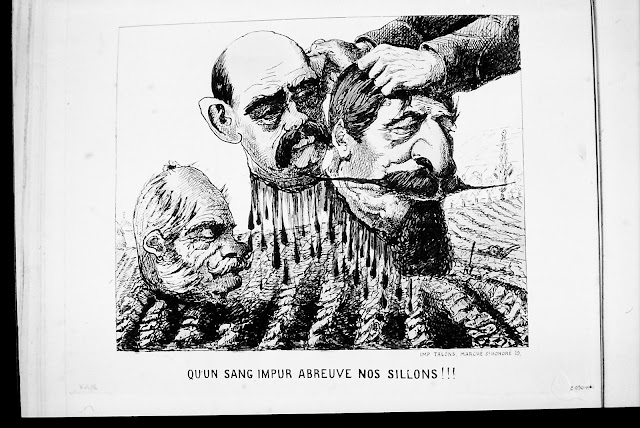 These come from hundred of old negative I have of research done in the late 1970s around the Commune of Paris of 1871 and I will start scanning the colour negs soon. The above is a driect quotation from a print of 1792.

Below a nicely witty and direct attack on the French government of Thiers and Favre for its attack on Republican values, easy mix of the political and the sexual in the conventions of academic art forms and satire, so both levels work together.  Remember these prints could end their makers in prison and, outside the great private collections, ironically built as much by aristocrats like the Baron de Vinck as left municipalities in a later period, St Denis, Montreuil, they were systematically destroyed for over two decades after they were made... 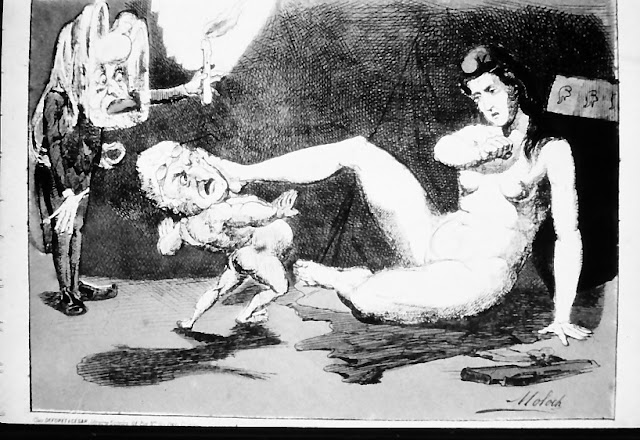 Today is the 50th anniversary of the massacre of hundreds of French Algerians in Paris - demonstrating for the independence of their country from French colonial rule and an end to the brutal repression of their country. Covered up for years by the authorities, the bodies processed out of sight and evidence,  those who were responsible, Prefet  Papon,  were the same who had happily collaborated with and organised the deportation of the Jews to death camps under the Nazi occupation (Bousquet, Touvier) - and then doctored the archives to cover their tracks. Even the 'left' were anxious to keep it quiet. In J-P Rioux's text book on modern France the massacre got half a line as I recall. Indeed the first real exposition of the events and how they were hidden was by the crime writer, Didier Daeninckx in his brilliant novel Meurtres pour mémoire, (1984, translated by Serpent's Tale), and this while Mitterand was cosying up to his old friends - the 'distinguished' administrators who had perpetrated the horror. His publicity on Serpent's Tail states:

His 1984 novel Murder in Memoriam forced the French government to try Nazi collaborators, led to a life of imprisonment for Paul Touvier and made President Mitterrand declare 16 July a day of national reflection on fascism and racism.
Buy it - read it!!! 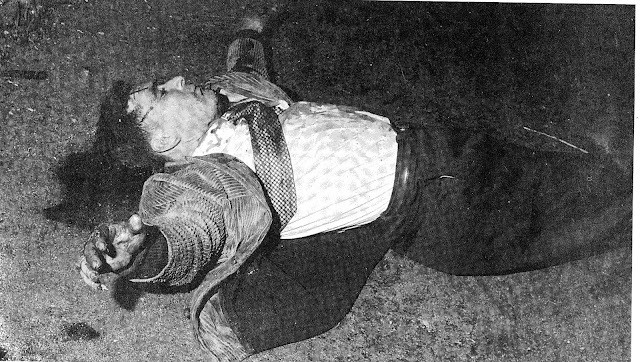 As I recall, even after Meurtres, it was hard to get cooperation to find documents. There was a bit of my own research that involved putting together figures of Parisian darkness, criminality and the great and the good between the 1930s and 1950s. I was trying investigate the pre-war fascistic prefet Chiappe (he died in a plane crash up to some dirty business for Vichy in 1940) and associate him with the post war 'heritage' of Papon et al, and the librarians at the Bibliothèque Historique de la Ville de Paris were utterly obstructive, claiming that, if my interest was music hall, they had no reason to get me out dossiers on the Police! Daeninckx's novel, as well as being a real thriller, was an immense support.

The first really public coverage I recall was a section of the Pompidou Centre exhibition Face à l'Histoire of 1996 but by then the barrage of silence was broken.

However it's worth recalling that the City of Light has long been, second to none, the City of Bloodbaths.
Posted by ADRIAN Rifkin at Monday, October 17, 2011 No comments: 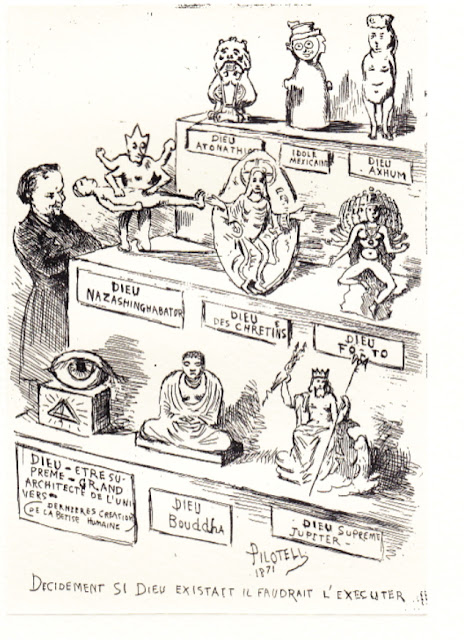 Posted by ADRIAN Rifkin at Monday, October 17, 2011 No comments: