Some postcards, new and old 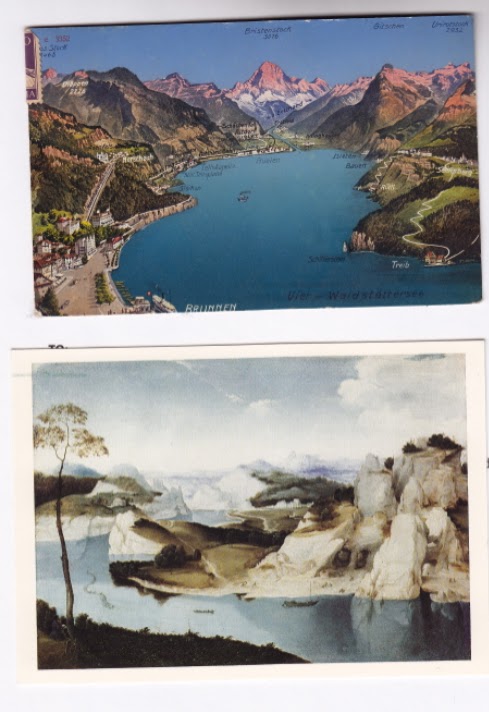 Top, a postcard sent by my great uncle Elie Aboulafia to his sister Rose, my Grandmother, Samedi Juin 27, 1931, from Brunnen to the Hotel Negresco in Nice - that tells you something about my own downward mobility. Le vues ici sont simplement féériques, he writes, Tu n'a pas idée. Vraiment nous végétons à m/c(Manchester where they lived and where each has left their spouse)

Below, Netherlandish Painting. c 1525 -  50, less precise dating, but that's how the archive crumbles in the time of deferred action!


Because I have not put up anything recently, and because like everyone else I have been doing Bilderatlas Mnemosyne of Aby Warburg with some PhDs and because I am pissed off with the Warburg industries just as I once became with those of Walter Benjamin, especially as there is now a conjoint Warburg/Benjamin thing going very strongly and, because because ( this is rather Humean, cynical cause, so don't worry about it too much, it just keeps on happening like that) because no one who does this stuff, with the exception of Griselda Pollock and some artists (there is an interesting thing on you tube if you search under AW) really does parataxis, but all construct more and more elaborate arguments that run against the grain of anything that AW and WB did, both guys for weak argument I think (part of the latter's run in with TWA who wanted more machismo), I thought that I would indulge myself my putting up a couple of concavities and think about how to find their affect (for me) elsewhere without for all that falling into even a little bit of phenomenology, I hope, so that is what is coming up here and one will be the courtroom scene from David Lean's Great Expectations.

Speaking of which, or rather of whom, when David Lean made Hobson's Choice the scenes below were filmed in Buile Hill Park, Salford, where the vile buildings of the University now dominate the view, with John Mills and Brenda de Banzie: 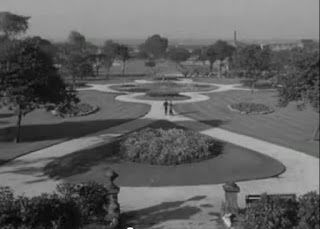 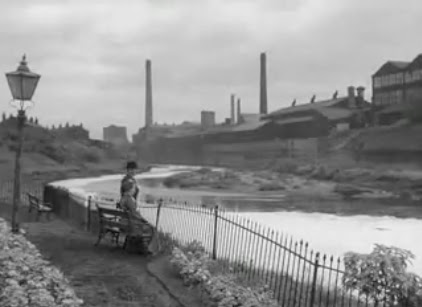 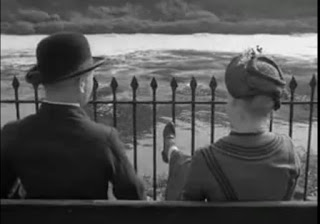 you're a natural born genius at making shoes....
when, while this took place the filming was watched by me and my sister Frances in the charge of our minder, who was a Mills fan, and a Laughton fan too... Lean was good then at convex/concave relation in the moving image, the flatnesses of Lawrence were just an aberration. So because I have not done much, here is the beginning of a little bilderatlas of my own, and I will add to it some images from here and there... and some sounds as well.

But before that let me add this relic of the Warburg tradition that I just found while going through some old, history pamphlets of a kind that one circulated freely as a form of learning, an essay by Helen Rosenau, a memory of dispersal, work and ending up some where and somewhere again on the route. Helen took me one by one through the architectural books that articulate the history of art from Alberti to Ledoux and Lequeu over the months from late 1966 to the summer of 1967 when she retired and left Manchester, 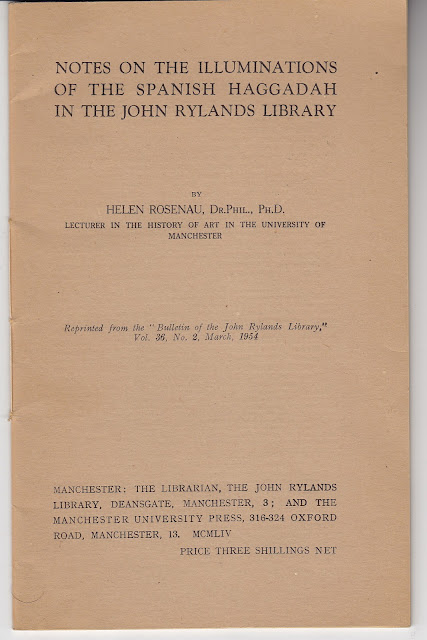 So, the time of return is not just that of epochs, but of shocks of affect hidden on one's own shelves, here an old teacher but also that rare and combination, including Benjamin and Scholem of the Sephardic and German traditions of Jewish thinking touching one another. This then can fit in my atlas as can this image of my Grandfather's Esther scroll, late nineteenth century, Syrian, now with a community from which it came...(grandfather as ascetic as his wife and her brother were sybaritic) 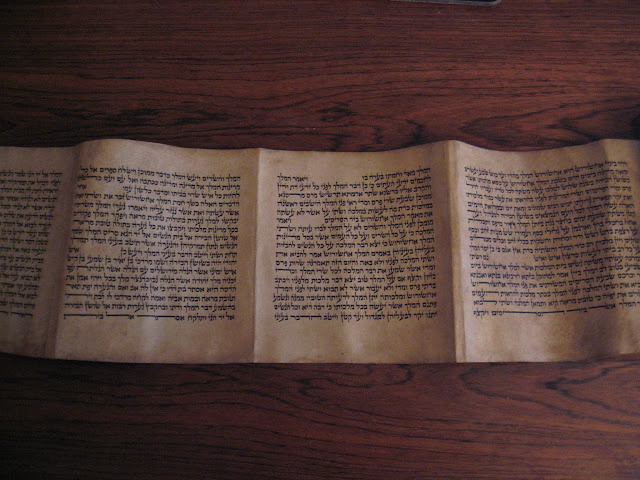 another concavity, double and deeply alluring: that I wrote about in my two pieces, A Roman Holiday and Tom, with Sebastiano, Kant and Others. 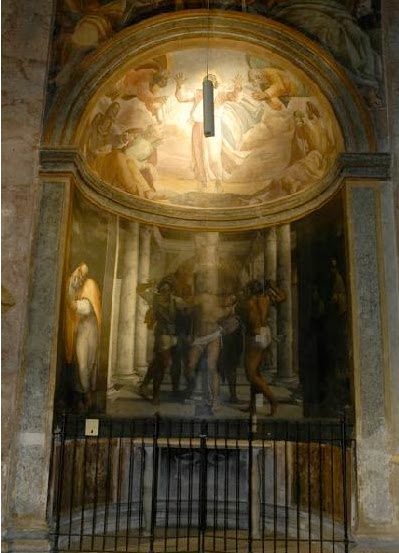