I am putting off quite a substantial series of thoughts around Barbara Pym and Wittgenstein, the Tractatus, it lies in my drafts folder, as it requires such close attention to how one, I in the occurrence, find oneself addressed by what is written and how this links two such odd partners into a kind of guide for the perplexed, to borrow a title from Maimonides.

In his very fine introduction to his edition of things written by me Steve Edwards remarks that I had once remarked that, if I were to write a memoir of my adventures, in the style of Daniel  Guerin(now back in fashion, or in fashion for the first time, edited, very straightly indeed, by La Fabrique), it would have to be based on my afternoon naps.

Indeed I did set out on that project once, and napped with a foolscap, red cloth bound notebook by me. Not a fresh notebook, but one with other things in it, the recounting of any of which would and will take up more space of procrastination. But once one begins to see procrastination as a propositional form, one that even includes the gender complexities and trans processes of our time, with only the 'cis' being free from it - and therefore less liable to be inventive - then I will have to allow them a space here. Though the nap pages remain perfectly blank, day after day, until, at last, I gave up trying to recount these dormant moments. Like the pages that represent them they were awfully blank
Posted by ADRIAN Rifkin at Sunday, February 03, 2019 No comments:

Some thoughts to come next.

I have always loathed the notion of the closet, and in oppsition to Eve Kosofsky, I once wrote a piece called The Epistemology of the Locker Room, somewhere in this blog it is. If in the grave, a fine and private place etc etc, none does there embrace, plenty of embracing went on in closets if sometimes of an essentially poetic intensity. Verlaine's poem 'd'une prison' is about as good as it gets and set to music by Hahn even better. L'éducation sentimentale' of Flaubert might still be the best gay love story ever written,

Why should one come out? Just self policing? For the benefit of the bien pensants? More to follow 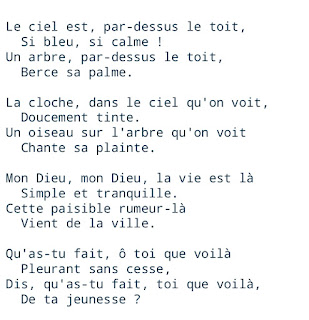 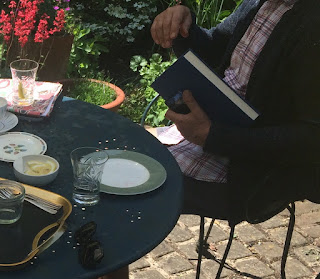 Posted by ADRIAN Rifkin at Sunday, February 03, 2019 No comments: