New Posts, tough thinking and the pastoral, two images then see below 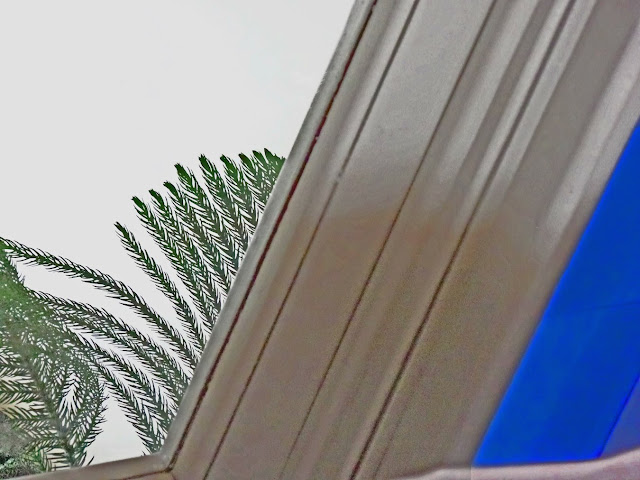 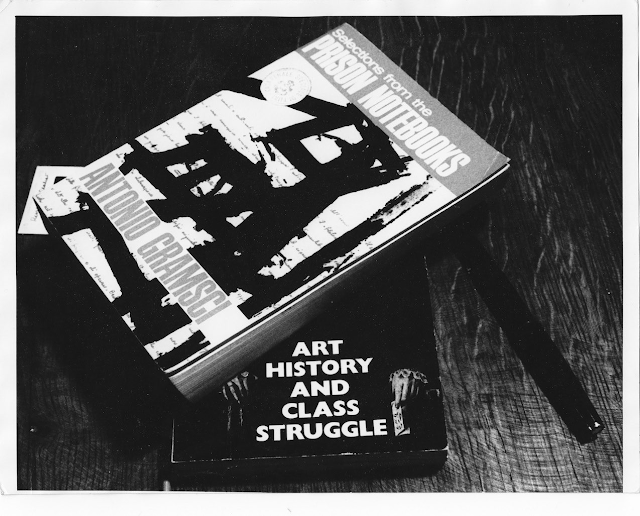 Posted by ADRIAN Rifkin at Sunday, October 25, 2015 No comments:

On Kentridge at Marian Goodman, London, with some notes on Frieze


Of course, without a doubt, Frieze Masters is a wonderful show and fills me with an insatiable and unrequitable greed. I wrote once before about it, I'll append the piece here, see the end of this. But the exercise of this greed is such a relief from other, more orderly responses to the main show in itself (critique, distance) and the things in it and how they are shown. At Masters I hungrily accumulate walls-full of Ivon Hitchens and other British landscape painters of that kind, alongside the odd cubist Severini and a couple of Schiele drawing, a row of Mary Martin reliefs. Why not? I like that stuff a lot and almost indiscriminately; a North German, dismal and vicious little altar piece, carved or painted, of the 1480s, would add a little truth of European history to the muted-sublime escapism of my irreproachably middle class taste. In the end the glory of Masters is that you stumble on images without curating, ordering and judgements made other than by the catching of your eye.

Yet, when I come to the nearby stands showing Sekulla and Goldblatt, why would I buy them? Why would anyone buy them here? To put up on one's Mayfair or Monte or Santa Fe or Moscow dining room wall to remind one to be angry when one looks up from one or another super-food? (idiot idea, no, super-food?) To stop one sleeping? Or for their self-evident beauty, their now almost pastoral recall of a lost epoch of appropriate anger(s) and empathies? Steve Edwards, in his little book of Martha Rosler's Bowery makes this important reading of the ambivalence of an engaged art that ineluctably fuses an exquisite form with anger, passing time and loss.

So with the Kentridge: the problem with Kentridge is this, that in inventing a new medium, a fusing of the hand made mark with the pixel in movement, in still, or with the anamorphic mirror in a literal virtualising of the mark, he gave rise to something in itself exquisite, and excitation to visual greed, as much as the Martins or the Sotos and Frieze, and, moreover, it always seems to work. So at one level the Goodman show is ravishing, stimulating, a bulimia of visual pleasures. But what of the ideas? What do the words do to his medium, his (it is only his, a singular medium) medium to the words and musics?  The repeated Mao slogans that become minor puns, the sub-intensive satirising of right-feeling?

They produce a sense of gentle wisdom, the wisdom of the prematurely old and wise, but the name for this wisdom is, otherwise, Alain de Botton, AKA KITSCH at the very structural level of thinking. Grand parades round huge spaces, bloated and overblown gestures and borrowed politics from distant sources (Paris Commune references for example, to point to some everydayness in catastrophe).

The contradiction of Kentridge's work, that once I admired to a certain extent, but of which the decline is disastrously instantiated in the infinite kitsch of the Winterreise 'project', is that is power of seduction, at the level of its sublimely satisfying medium or material, has become the very measure of its hollowness. Like advertising; neither anger nor pleasure in the end; just fatigue, in the finding of free space, space free from all of that, the same wasting effect, in the end, as Frieze.

Waiting for Frieze, (2009?) for the late WOUND MAGAZINE, commissioned by Ken Pratt 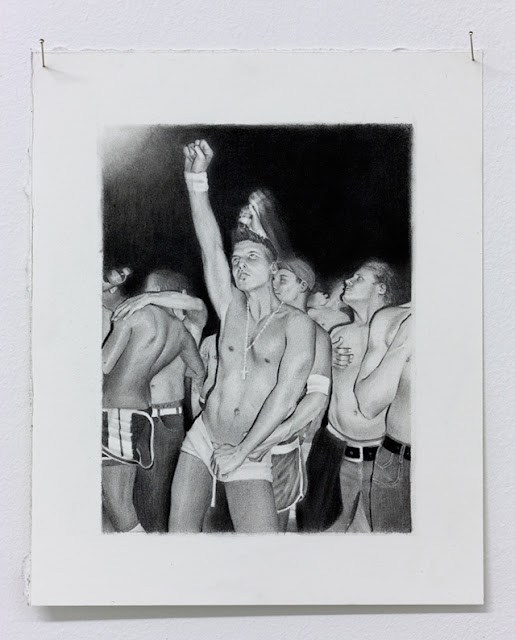 Writing on Frieze for Wound, for Wound on Frieze, it sounds like saying the same
thing twice, twice times the luxury edition, does it make two or is it nothing more
than one? Luxury squared = luxury and nothing more, one VIP is as good as
another. There is a difference. mind you. Wound does not have to try to be more
interesting than Frieze, it always is. Better graphics, cleverer layout, frankly
venal in its combination of art and fashion, it resurrects the scent of a long‐lost
sin, a sin that predates the society of the spectacle, of VIP lounges sponsored by
crumbling banks and autumnally tasteful sculpture parks. Wound's sin is a sin of
excess rather than simple but vulgar greed; of an excess which may be the only
cure for a society such as this; excess as a fantasm rather than as something you
can have. In these pages we consume very little, just an idea, a relation to excess
as a mechanism of desire. Wound is not a realist magazine, but Frieze is a realist
fair. Pay for Wound and excess drifts out of sight. Pay for Frieze and it hits you in
the face, cluttered, conservative, predictable and struggling for a cultural density
that money can never buy. Frieze is never more than too much. Writing on Frieze
for Wound, then, is an import‐export business, of one kind of feeling into another,
and maybe not back again in the same guise, at all.

Last year, I write this waiting to set out for this year, Frieze bored me silly.
Everything I liked in it had been there the year before. There are some drawings
by Kentridge , things of Whiteread, conventional but beautiful and, at first glance
still surprising; and load and loads of gear that I quite liked and made me swerve
over for a longer look; and then the other stuff that always crops up on
Waddington, high end classics that are they to make you unconfident about the
present and give you a glimpse of lasting value, the whole thing interspersed
with some exquisite new exercises in the use of packing tape from Thomas
Hirschorn. (This year, as I swerve around all over again, he will be using
transparent tape as well, and it is this that takes me aback and thrills me, rather
than the over‐empathetic and phatic politics of disaster. They have become too
literal, too much as if he is forgetting something once felt in the vortex of his
success). This jumble is the figure of Frieze's crazy and uncontrollable
conservatism, and little on the fringe does more than underline this too. Does it
matter if Martha Rosler inspects the drains and services, or is she just wasting
her time? Does it matter if we sit down with a brilliant group of thinkers (myself included) to do a radio programme for an audience of perhaps no‐one on, Cornelius Cardew? Or if
Boris Groys or Judith Willimason make a 'keynote' speech?
In the end I don't much care, because my expectations are not so high, but last
year this is what I enjoyed the most. It was outside, on the road, and I noticed it
as I was going home.

Just on the Inner Circle, across the the gates that lead to the Frieze pavilion, is
standing a group of young people, dressed to signify art/student/Hoxtonbohemia‐
of‐our‐days, clustered against the railings. They fall somewhere
between George Segal, Paul Thek and the Chapman brothers as an idea for a
sculpture. (The highlight of this year's Frieze, the Chapman's new disaster in a
glass box sculpture, majestic, profound, obsessional, Bosch drained of libidinous
pleasures, like Pasolini at his greatest, free from even the glimmer of art‐as-redemption,
out of place on White Cube's stand, which jostles yesterday's
entrenched trivia with today's public ‐ you know who I mean.) Anyway, by the
kerb is standing a single man, late 30s and unutterably well dressed in cashmere
and cords, brogues and a shirt that I have only seen in an Italian outlet in
Montreal ‐ certainly not in the Jermyn Street of our times, nor on the pages of
Wound. He is calm under his beautifully casual hair, and gazes raptly at the sky,
clutching a few leaflets agains his v‐neck, just high enough to frame his silk
foulard. An immense car draws up beside him, the rear door precisely
positioned. A chauffeur steps out, turns around the vehicle and opens the door
wide. The man has neither stirred nor changed the direction of his gaze nor
acknowledged the presence of the car by even a flicker of his eyes, but even so he
sits gracefully on the rear seat, the door is closed, and as he still gazes rapt at the
blue sky, the car draws away. The Hoxton bohèmes see this and they are aghast.
They have registered unspeakable wealth and entitlement worn as if it were
nothing but a social grace, so engrained that the whole world turns around it. On
the short width of a pavement they have gazed into the gulf, the abyss of social
difference, the difference that Frieze as an art fair bridges even as it digs it ever
deeper. They drift away, disconsolate, perhaps realising that not only do they
have to share their world with his, but that maybe even they are getting it on his
account.

This year I wonder if he lost some money in the crash. His look reminded me a
bit of Robert Merrill's poetry, beauty a little stifled by wealth. But I wonder to
what extent his quotidian happiness might have given rise to the terrors and
destruction of military machine in the Chapman's vision. If it did, then the world
is not much changed from three or four or five centuries ago, so all is well for art.
Business as usual. This year I wonder if the little group came again and, if they
did, what they would have felt about David Haines' wonderful drawing on show
at Strina from Sao Paolo; the world circuits again, English artist, working in
Amsterdam, finding a public in Brazil ‐ where, perhaps, his manifest codes of
scally sexual fascinations, spit, smelly sneakers, pissed jeans in graffitied toilets,
the slimy trout gasping for oxygen, mean less, so that the strange perfume of his
drawing itself can overwhelm you? If they did see it would it have withered their
trendy straightness? The staggeringly beautiful and finely muscled Italian rent in
the the Caprice café excited me for a moment ‐ his lace v‐neck even finer than Mr
Merrill, detailed with his hours of workout, but in the end I didn't like his brand
of chewing gum. The Maître d' greeted me so sweetly that I took him for a long
lost friend and was about to peck him on each cheek before caution prompted
me to ask if we know one another. 'No', he said, 'I was trying to help you'... Still
under the blow of Haines' utopia of the senses, I turned him down. Now I regret
it, though the beer, for a change, was real Bud. 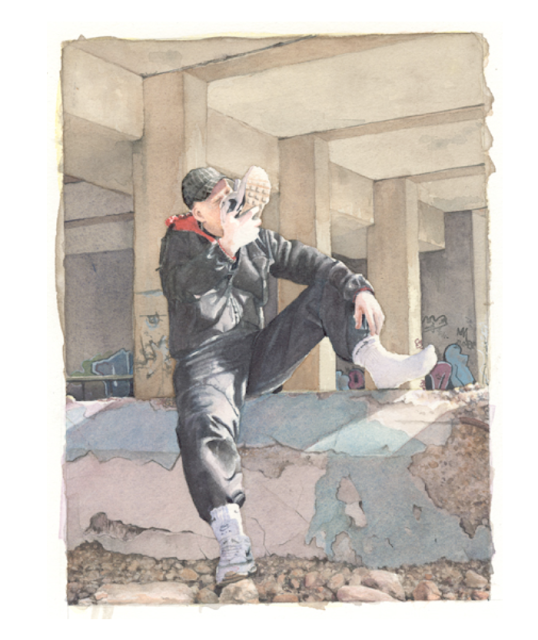 Posted by ADRIAN Rifkin at Sunday, October 25, 2015 No comments: